AdWords Call Extensions allow for phone numbers to be embedded in the actual ad. These numbers can be clicked when viewed on a mobile device – this is known as click to call.

See an example below of how a call extension number (the phone number at the bottom) looks on a mobile device. 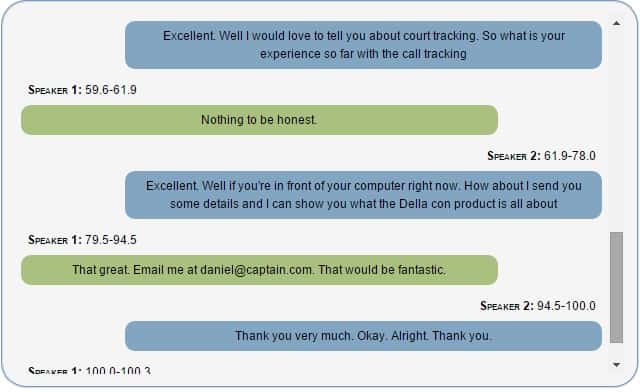 Delacon can provide separate and distinct numbers to use in AdWords Call Extensions so you can track calls made directly from the ad, either when the caller has used the click to call functionality or called when not clicking on the ad at all.

The integration means that the data from these calls can not only be captured in Delacon’s Portal, AdWords and Google Analytics but can also be pushed into DoubleClick.

While DoubleClick is similar to AdWords in that both platforms can manage ad campaigns, bid management and provide reporting, DoubleClick is far more advanced.

Some of its more advanced features include:

A key benefit in using Delacon with DoubleClick Search and DoubleClick Bid Manager is the ability to set goals for your cost-per-lead bidding, so you do not exceed your budget.

For example: You may set up a goal to achieve a CPL of below $100.00. DoubleClick will look to see how much to bid on a keyword to achieve this CPL goal and will take into account both web data and call data. AdWords does not have this functionality.

You can see more about AdWords vs DoubleClick here.

How does the integration work?

The integration needs to be setup within our integrations menu in our Portal. You will need to:

Benefits of the integration

By pushing both call and web data into DoubleClick, you can hopefully improve your campaign performance and answer the following questions:

The Delacon Mobile App is now available for both the iPhone and Android. You can…

As 2016 winds down and we look towards 2017, it’s important to consider what opportunities…